Join Ayanda as she breaks down the beat with up-and-coming producers. This week, she’s speaking to Ghosty.

Ghosty is a producer from London who has worked with the likes of 22Gz, Headie One, Digga D, Unknown T, Dave and many more.

My names Ghosty. I’m based in East London and I do music. That’s my job. In terms of what music, mainly drill, but really any music.

When I was younger, one time my neighbour had a rave and he had decks out and he was doing jungle. I was mad young, I must’ve been like 10, and I went over and tried it. I was just putting all of these records together and mixing them. This was when I got into mixing – when I was probably like 11/12, like jungle type stuff. My mum then got me a little DJ set after that, and then my nan got me a laptop, and I was doing that for a bit – just jungle and drum and bass, like the old school stuff. When I was like 13, I saw Lex Luger (a producer) on YouTube making a beat, and I was like I need to learn how to do that, that’s crazy. It really spun my head. I downloaded FL studio – which is what I still use – and started doing stuff. I stopped for a bit because of school. but I was never really academic and I’m still not – I’m more of a creative. School happened and I hadn’t really touched music in a while. I dropped out of college first year and I thought – let me go on my laptop again – and I just started making beats. I took my A levels, and by the time I’d finished them, No Diet had come out so I was kind of in the game. It happened quick but I had that background of like already knowing the software but it happened quick.

Honestly, it’s never hit me. In school, I never really knew what I wanted to do – I never really had any aspirations for life. People would be like I want to be a doctor, or I want to do this and that. I was just like, I don’t know what I want to do, I just want to live my life and do whatever, I didn’t care. I wasn’t content with normal jobs ’cause all the 9-5 wasn’t for me, so I was like yeah, let me try music. I don’t know when I realised, but No Diet was definitely an accomplishment, and from there it kind of kicked in like this is lit. It hit me that I wanted to do it for the long run probably when No Diet came out. Last year I signed a publishing deal with SONY, so that was an achievement, and I was like I’m definitely here for the long run. Everyone still has those doubts, but I know that’s all I want to do in life. I don’t want to do anything else; I don’t want to be a builder; I don’t want to be an IT guy. I just want to do music.

Where do you get your inspiration from?

I don’t really know where I get my inspiration from – I try listen to all genres. I don’t really listen to pop, but I like to listen to everything. I like hearing experimental stuff, but I just get it from my head honestly – whatever I think of, I just put it on the track. Obviously, the people around me, life itself, certain situations – it all plays a part. I’d say I avoid doing what’s popping because I like to be different with it to be honest.

What’s your favourite track or project that you’ve worked on so far?

I think No Diet is one of my favourites, in terms of it’s one of the first ones I got and it went silver. I got my first plaque ever from it, and when it landed, I was really happy because it was a big achievement. I’ve got two tapes with 22Gz and I like them a lot because that was my first outside of the UK set up. He’s a proper guy with a good team around him and just good people who are good to work with. When we met up, it was good vibes and we were just working. It’s also crazy hearing people you know on your beats. My first placement was someone I knew of already, and that was crazy. Hearing the big guys in the UK on your beats is crazy too, but when it gets to other countries, it’s just a different feeling I can’t lie.

Who are your favourite artists you’ve worked with so far?

22Gz, Unknown T , Digga D and Central Cee and Headie One, because he always chooses my best beats. Most rappers choose the ones that aren’t my favourites.

Who are some artists you’d like to work with in the future?

This year I want to do more rap and branch off a bit from drill, so In the UK I’d say Potter Paper for sure. In the US I want to work with bare man like Lil Baby, YoungBoy and Travis, because I think he’s a genius, but it’s going to take some work before I’m there. Back to the UK though, I’m always keeping my eye out for up-and-coming artists that I can build with and get it cracking with. It’s not just the big ones I’m trying to work with if that makes sense.

What do you think the hardest thing about being a producer is?

Mentally it’s always hard. The game’s unforgiving – you could be popping one day, and then the next day you’re off forever. You just have to be on your toes 24/7 and you have to stay relevant. Doubt plays a part too, like thinking “am I not putting in enough work?” or “Is my name popping enough?” etc.

Physically, it’s probably just the hours and the constant sounds – it can get to you sometimes, I can’t lie. The equipment you have to carry around, the 2-hour trips, the £200 cabs – it adds up, but it’s worth it.

Do you have any upcoming projects you’re working on?

There aren’t really any I can speak of right now; a lot is in the works, but I’m not allowed to speak on it just yet.

I would probably just say let your passion guide you, enjoy it. There is no right or wrong way of making music – just do what you enjoy. Obviously eventually you will find your own sound, but for me when I first started, I was just having fun doing the weirdest stuff. Just follow your brain honestly.

We are excited to see what projects Ghosty features on in the future. 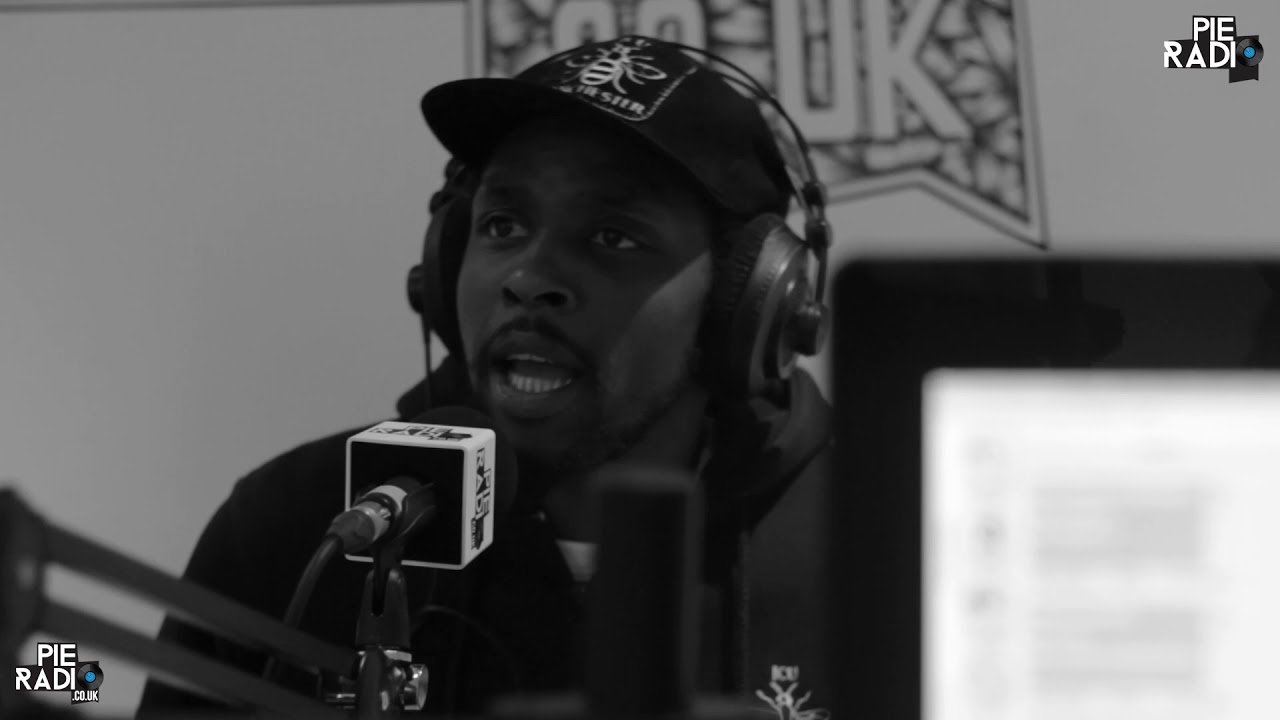 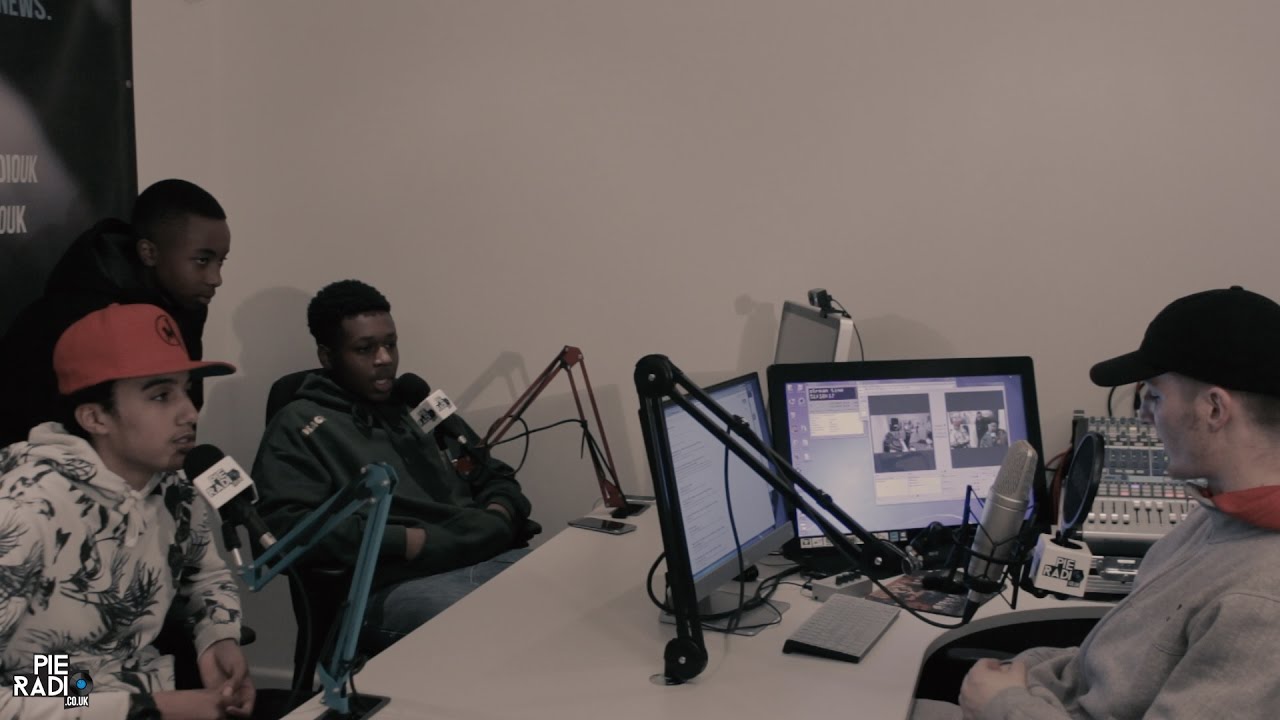