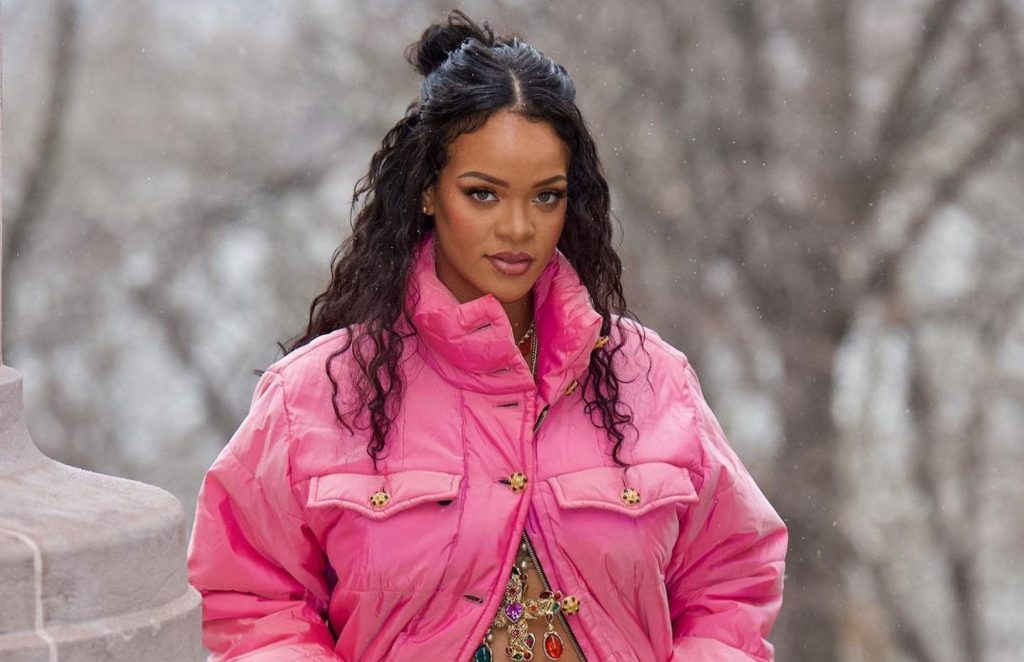 Rihanna has teased her new album in an interview with Entertainment Tonight and assured fans that “Yes, you’re still going to get music from me.” However, she was quick to dismiss the interviewer’s idea of releasing a lullaby (in reference to her pregnancy), joking that “My fans would kill me if they waited this long for a lullaby.”

Rihanna’s comment demonstrates her awareness of fans growing impatient having waited for new solo music from the Barbadian singer for years and they have taken to calling the anticipated ninth album ‘R9’.

Although no artwork or official teasers have been shared of the new album, it is believed that the sound will be reggae-inspired. Singer Skylar Grey teased a song she wrote which was produced by Diplo for Rihanna’s ninth album in an Instagram livestream in September 2020. Grey shared that Rihanna was working on a reggae album and so the song reflects that rhythm but Rihanna rejected the song. Check out the snippet below to get a potential idea of the vibe of the upcoming album.

Rihanna is currently pregnant with her first child with her boyfriend, rapper A$AP Rocky. She announced her pregnancy last month by posting her bare pregnancy bump on Instagram, alongside photos of her and A$AP Rocky in New York.

The thirty-four-year-old had taken a break from music to build her beauty empire Fenty Beauty which she launched in 2017, using her surname as the brand’s name. The popularity of her make-up range is due to its inclusivity of products for all skin types and tones. Rihanna expressed her attitude towards makeup is that it’s “there for you to play with. It’s there for you to have fun with. It should never feel like pressure, and it should never feel like a uniform.” In July 2020, Rihanna announced she was releasing her debut skincare line named Fenty Skin which was thought to further delay the release of her new album. Check out Rhianna showing the effect of her ‘Butta Drop’ body cream on Twitter.

Rihanna released her last album ‘ANTI’ in 2016 for which she also performed her last tour from March to November that year across North America, Europe and Asia. Four songs off the album were released as singles; ‘Work’, ‘Needed Me’, ‘Kiss It Better’ and ‘Love on the Brain’. Drake contributed guest vocals on ‘Work’ which went to number one in the US Billboard Hot 100 and the music video for the track has since amassed over one billion views on YouTube. SZA co-wrote and featured on ‘Consideration’ which Rihanna performed with her in a medley with ‘Work’ joined by Drake at the 2016 Brit Awards.