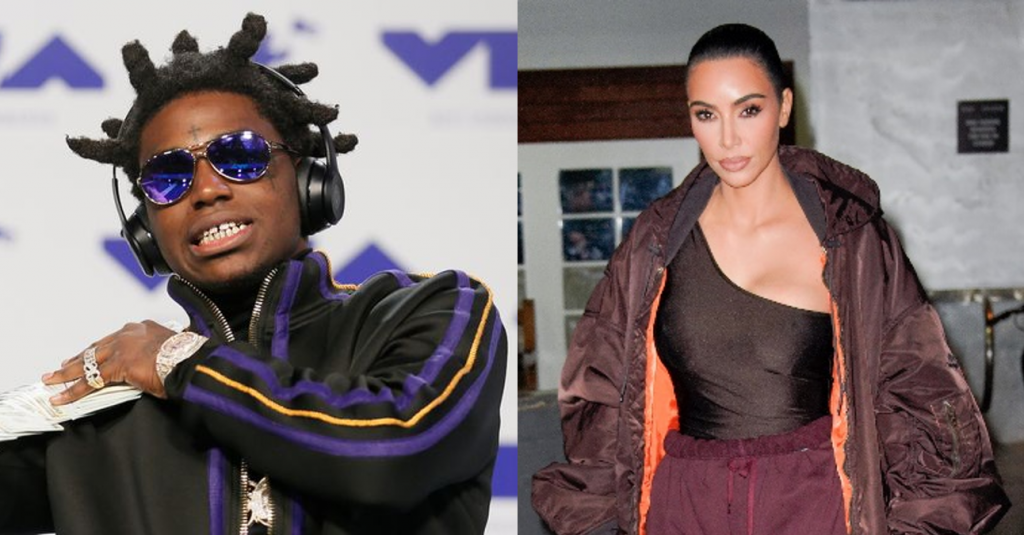 Kodak Black took to Instagram yesterday (8th March), posting a side by side image of himself and Kim Kardashian. The twenty-four-year-old Florida rapper wrote in the caption that the forty-one-year-old media personality needed a ‘real’ man, adding ‘Ain’t Even Gone Play’.

Kim is pictured in a behind the scenes image in which several people are attaching strips of yellow tape across her body for luxury fashion brand Balenciaga, for which she was announced as an official face of the company last month. The Skims shapewear founder announced the partnership on Instagram, as seen below.

The ensemble was worn by Kim at the Balenciaga show during Paris Fashion Week on Sunday (6th March).

Last week (2nd March) Kim was declared legally single in a court ruling for her divorce from Chicago rapper Kanye West. Perhaps upon hearing this news Kodak was inspired to make his public attempt for Kim’s attention!

Kodak is pictured next to Kim also wearing all black and covered in yellow caution tape. He wore the look in the music video for his track ‘Super Gremlins’ which was released last year and included in his fourth studio album, ‘Back for Everything’.