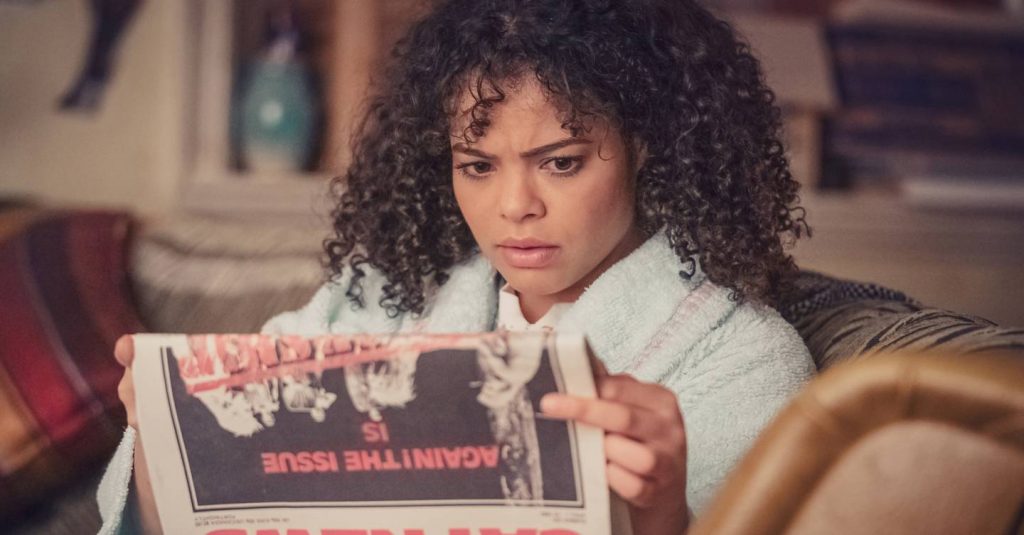 Lydia West from It’s A Sin has spoken about the topics covered in It’s a Sin whilst appearing on the Make It Reign podcast with Josh Smith.

Josh Smith is a journalist and presenter who started a podcast this year, Make It Reign, with “modern day Queens”. He interviews them about their personal lives, experiences, challenges and they talk about how you can “become a Queen of your own life.”

He has been joined by the likes of Emily in Paris’ Lily Collins, Bridgerton’s Nicola Coughlan and Sex Education’s Aimee Lou Wood.

In Episode 4 of the podcast, Lydia West, who plays Jill on Channel 4’s It’s A Sin, speaks about her experiences of creating the character and being on the show.

It’s A Sin is a programme about a group of young people growing up in the 80s at the height of HIV/AIDS crisis, and how they lived and loved within that time.

It has quickly gained millions of views since it aired on Channel 4 and All 4.

Josh Smith dedicates the episode to “all the Jills”, referring to the allies of the LGBTQ+ community. This is due to Lydia West‘s character’s portrayal of allyship on the show.

Within the podcast, Lydia West explains that the stories within It’s A Sin are a “living memory for so many people”.  Many people have reached out to her since the programme aired.

She describes how her personal allyship to the LGBTQ+ community informed her character and developing research demonstrated the deeply shocking circumstances of that time.

“I wanted to break down so many times as Jill.”

Lydia and Josh talk about the stigma, shame and dread that is attached to the LGBTQ+ community. They discuss the importance of chosen family, which is depicted in It’s A Sin.

During rehearsals, the cast would have parties in Lydia’s trailer before they went on set. The cast were genuine friends and would vogue, dance and catwalk in the mornings to “start the happy hormones”.

She describes the show as “a celebration of life, which ended too soon”.

They discuss the stigma attached to sex, due to the way AIDS was spoken about.

“We need to eliminate those words.”

Josh Smith notes the reception on Bridgerton was described as “racy” and It’s A Sin was “shocking”. Both series contained sex scenes, but the difference was that It’s A Sin has gay sex scenes.

Lydia West comments on this, “It shows how much work there is to do.”

She speaks about her own experiences as a black woman, as they discuss how discrimination is still present for marginalised communities.

Lydia and Josh emphasise that identity is a thing to be celebrated and chosen family is important.

“Your difference can be your superpower.”

The podcast can be found on Apple Sounds and Spotify.

Have you watched It’s A Sin? Or listened to this podcast? Let us know your thoughts on @pieradiouk