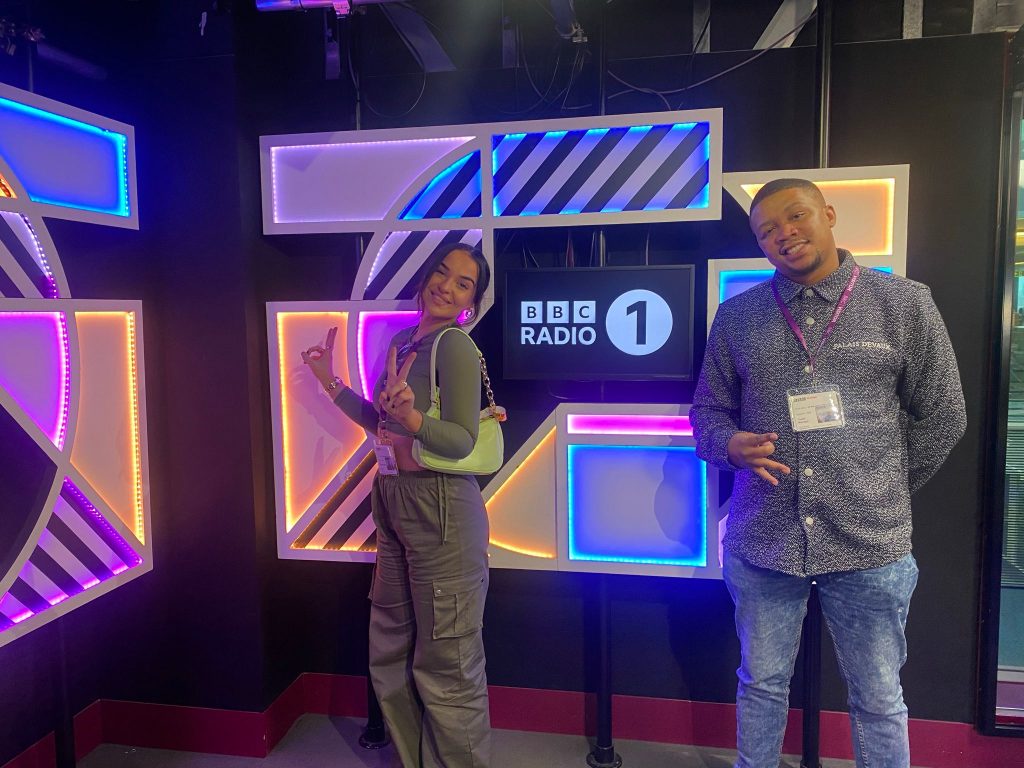 Our very own Pie Radio presenter Sophie Wall did a thirty-minute takeover with Greg James on BBC Radio 1 Breakfast on Tuesday (1st March).

Sophie was asked to do a takeover after previously going down to Radio 1 x Comic Relief to be interviewed by Greg James about being a presenter at Pie Radio and how participating in Pie helped Sophie after losing her Nan.

Sophie had dreamt of meeting Greg James and being at Radio 1 for years. She loved being able to represent the team at Pie Radio and what we stand for. Being able to carry the legacy of her Nan through to millions of listeners held special significance for Sophie as she knew her Nan would be so proud.

I asked Sophie was it was like to meet Greg James, one of Britain’s most recognisable and popular presenters, and she told me that he was the ‘loveliest guy’ who goes out of his way to be supportive of young people in radio. Sophie clearly made an impression as he even followed her on Instagram after!

Sophie got to choose three songs to be played on Radio 1 and she selected Kanye West’s ‘All falls down’, Montell Jordan’s ‘This Is How We Do It’ and Black Eyed Peas classic ‘Where Is The Love?’

While at school, Sophie had a passion for music and always wanted to be a presenter. Her journey in radio began when she started her Arts, Entertainment and Media Management BA at the University of Salford. At the university’s welcome day Sophie came across a tent for Salford student’s radio station Shock Radio, who were playing a track Sophie rates – ‘LO(V/S)ER’ by AJ Tracey.

Sophie got involved with their rap show but it was when a friend sent her a story Pie Radio posted in which they were looking for a new drive time presenter that she messaged our station and was invited to visit the studio. Along with the rest of the country, Pie Radio was in lockdown when Sophie joined but she brought her energy to the station in pre-recorded shows.

Sophie has brought several exciting new and upcoming artists to Pie Radio including lowkeylimit, Dilz, H2S, Remassy and Tee-Em. Check out Manchester rapper Dilz’s exclusive freestyle on The Rap Show with Sophie and Tilly below.

A highlight for Sophie in radio so far has been getting to meet one of the pioneers of the UK drill scene Headie One. Sophie also took with her a portrait she drew of him which he now has framed in his house!

Sophie expressed that working at Rising Stars / Pie Radio has provided her with great opportunities and serves as an excellent stepping stone as a youth-led station to further experiences in radio. Sophie’s rise through radio demonstrates that passion and perseverance pays off!