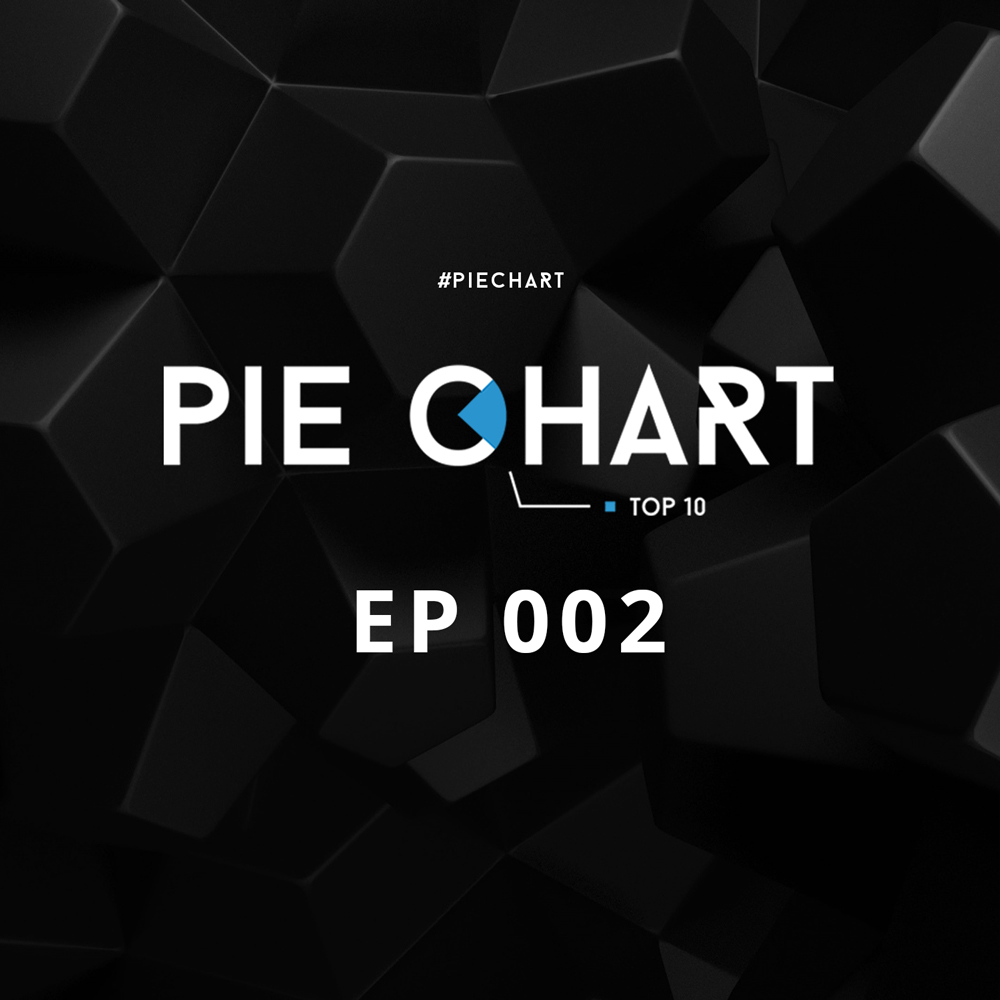 A whole lot has happened in the UK Music industry this past month after an incredibly strong start to the year in all areas. With the US beginning to lag further behind in terms of both innovation and output (held up only by the Atlanta trap scene), there is a real opportunity for the UK to take its rightful place as the global centre of music and culture. One important advancement has come with the work of Stormzy. His incredible chart success with ‘Gang Signs And Prayer’ #GSAP has not only taken UK Rap and Grime from second to first rate genre, but has signified that the UK as a whole is ready to embrace the culture, opening doors for ‘urban’ UK artists and platforms to succeed in a similar way to their US counterparts. This month’s chart reflects the range and wealth of talent and innovation we have in Manchester as well as other areas in the country.

Manchester Trap artist ROAM teams up with two up and coming forces to be reckoned with in [fellow OMWF member] Two4Kay and Tobi Sunmola to deliver this 808 driven banger. A track that wouldn’t sound out of place on a Travis Scott album, ‘Upperhand’ showcases the level at which Manny artists are capable of producing. Furthermore, it showcases the ability of both Tobi Sunmola and Two4Kay to do their thing over a wide range of different sounds and styles.

Not much is known about Manchester artist July 7 aside from a focus on the the number 7. Nevertheless, his self-produced debut release ‘That 7’ has been a real hit with support from figures such as Bipolar Sunshine as well as airtime through BBC introducing. The artist has himself stated: “At the moment there isn’t a lot of information available on me. July 7 is all about being immersed in a moment that needs to be shared with the listeners. More will be revealed soon in the coming months with new releases”. He has a new track set for release on March 7th.

Perhaps one of the most exciting and unique up and coming talents UK wide, Manchester songstress IAMDDB released her debut EP, ‘WAEVEYBBY Vol.1’ in late 2016. Her latest video release for the project, ‘Vibe 2Ø2Ø’, along with her 4 prior visuals, demonstrates her conceptual maturity and ability to create an aesthetic matching her eccentric vocal style. We will be hearing and seeing far more from IAMDBB on a wider scale soon without a doubt.

Sangy has of the most distinctive voices in UK Grime. In the words of the Dutch Grime DJ Sankoffa he “Knows what he is saying”. This, along with his consistent flow of high quality video releases and top craic, makes him stand out as an artist with a very bright future. ‘Limewire’ is typical of his style; retrospective, to the point. Over this earie Gundam production, Sangy reflects on past experiences before contrasting with life in the present day. One can only be excited to hear more from an MC whose balance of clarity and lyrical content permits his bars to be heard and taken in over any instrumental.

Very few songs have an emotional effect on the listener quite like the latest offering from Manchester veteran DRS. His thoughtful and very relevant verses on current affairs and uplifting hook pair up nicely with the piano driven liquid provided by Brazilian DJ Patlife & Vangeliez – complimented perfectly with a clever video, which much like the song contrasts a melancholy colour grade with the playful use of a ventriloquist’s puppet. ‘I Will’ is the title track to an EP available now via Manchester label Soul:r.

To fans of Novelist, Tugg Set’s Pharoah may come as a familiar face; the pair have travelled the world together and even came to Manchester to deliver a masterclass on the development of language and communication. However, this is their first musical collaboration, with Novelist also producing Pharoah’s forthcoming debut EP ‘The Zema Project’. Pharoah’s catchy, laid back vocals pair up so righteously with Novelist’s signature sound, matched by dark visuals featuring Big Prem, Vision Crew and Grandmixxer. Going by this freestyle, the EP is most definitely something to look forward to.

‘Nottingham Saviour’ Snowy appears to level up and develop as an artist with every new release. ‘Goin On’, released on Mike Skinner Ltd, is a playful and conceptually genius collaboration with SWAMP 81 producer Lamont. Snowy’s trademark perpetual delivery, energy and droll digs at dead MCs are married perfectly with Lamont’s tribal instrumental and the single’s ‘Crash Bandicoot’-influenced aesthetic. The video, forthcoming on JDZ Media, will be entertaining to say the least.

Somehow Kay Rico’s ‘Well Connected’ evaded last month’s Pie Chart, perhaps due to the sheer volume of top releases in January. Nevertheless, it remains fresh as the day it dropped. On the track, released via Link Up TV, the Manchester MC showcases his rapid and aggressive gladiator-like flow over a rather unique drill beat heavily influenced by early grime with its use/sampling of the Plugsounds ‘Bagoo’ preset. This, paired with a well done video shot by the notable KC Locke at Deansgate Met stop makes the track a certi banger, and with some big live performances under his belt for February Kayrico certainly has an exciting year ahead of him.

Grime vet and Roll Deep member Manga and grime scene problem GHSTLY tag team in conjunction with perhaps the hottest producer coming through right now in MistaKay, to let off this hard yet playful release. Both MCs prove time and time again just how underrated they are with GHSTLY fresh off the back of his previous track with MistaKay, the critically acclaimed ‘3310’ and Manga releasing another alongside frequent collaborator Lewi B less than a week later. Manga also shows off his high level of wit and mad editing skills in the video which is out now on SBTV.

Not many deserve success in the game as much as Sir Hiss; a young Bristolian producer and hard core grime head who floods DJ’s inboxes with his nutty yet well executed ideas more often than “Recommended on Twitter..”. However, one track that stands out is ‘Blood Diamond’. Sampled from the late Chiwoniso’s ‘Zvichapera’, Hiss tastefully adds a lovely bassline and a heavy kick snare combination to transform the track into an absolute vibe for DJs to bless the airwaves with. 2017 is most certainly a breakthrough year for the hard worker. 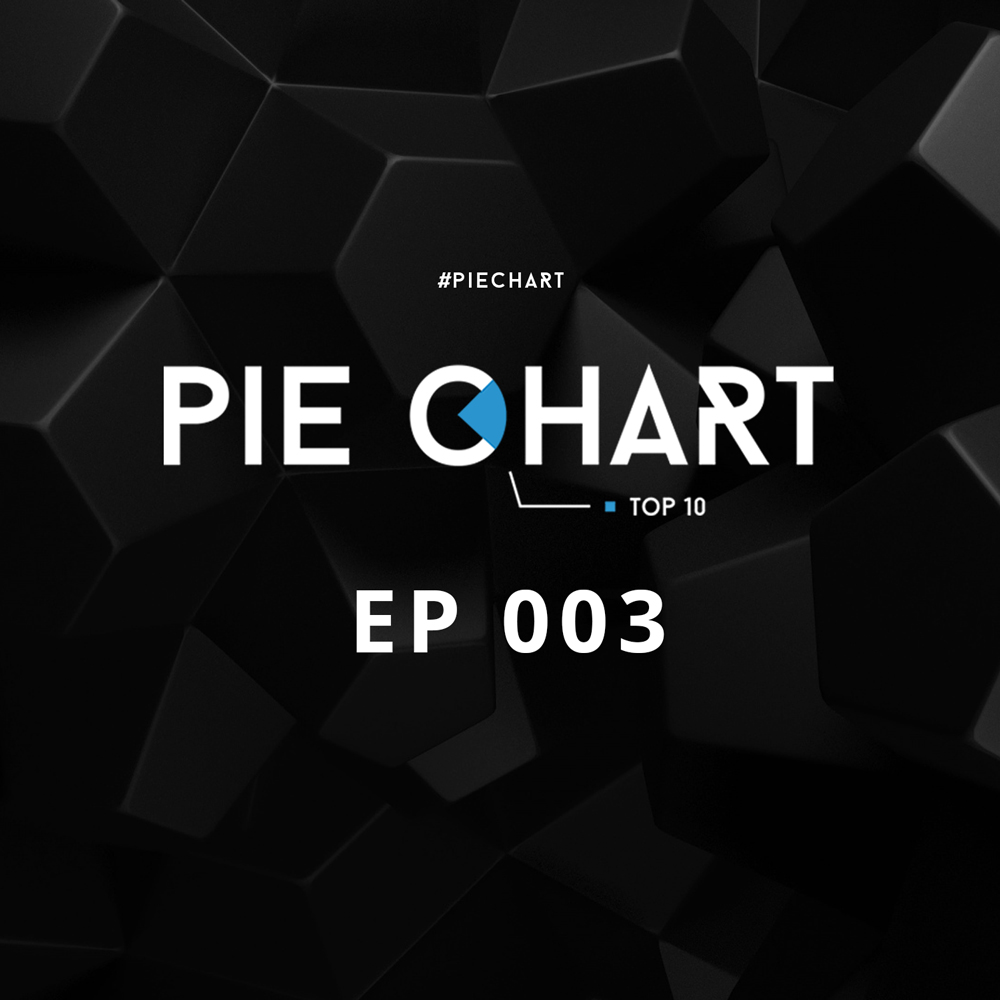 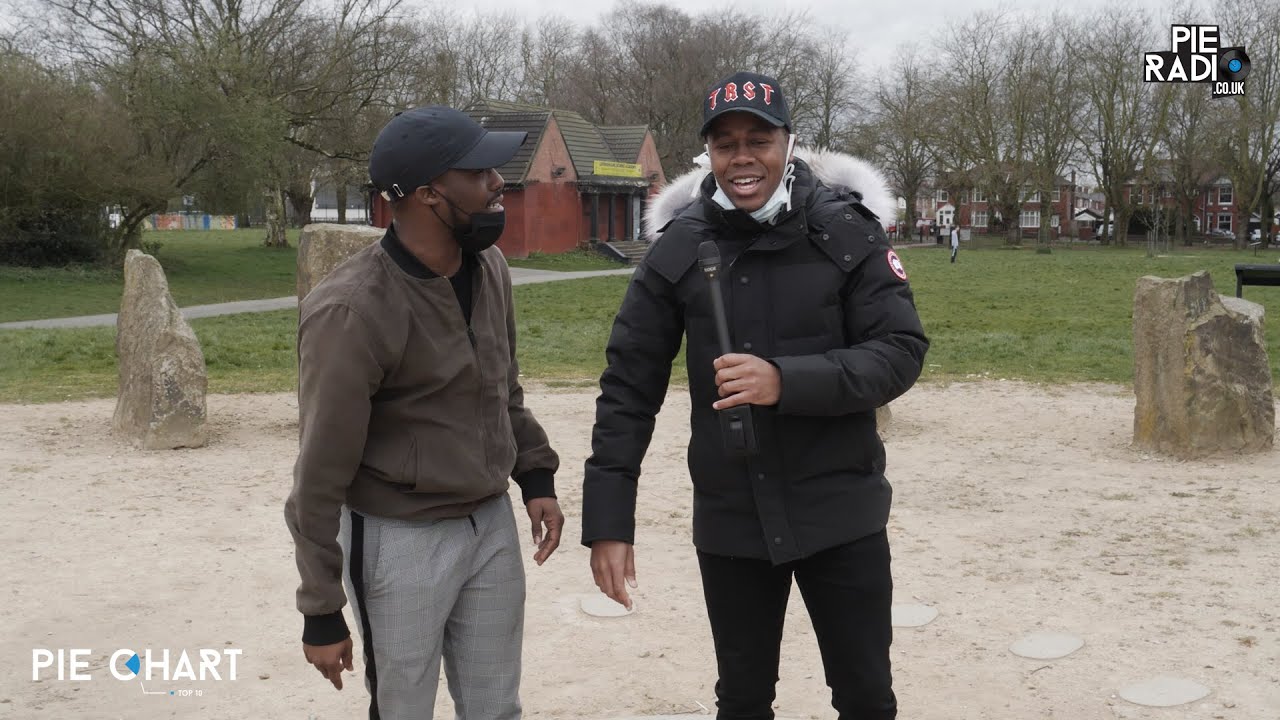 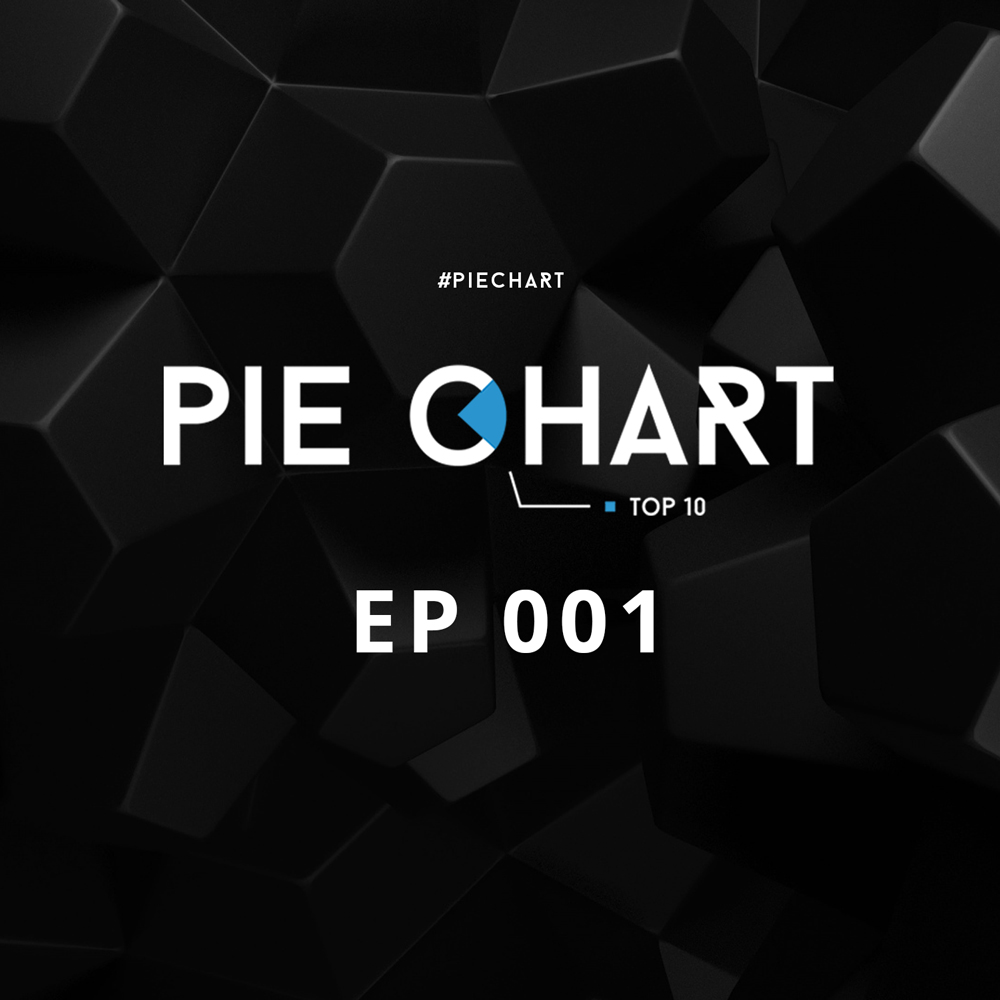 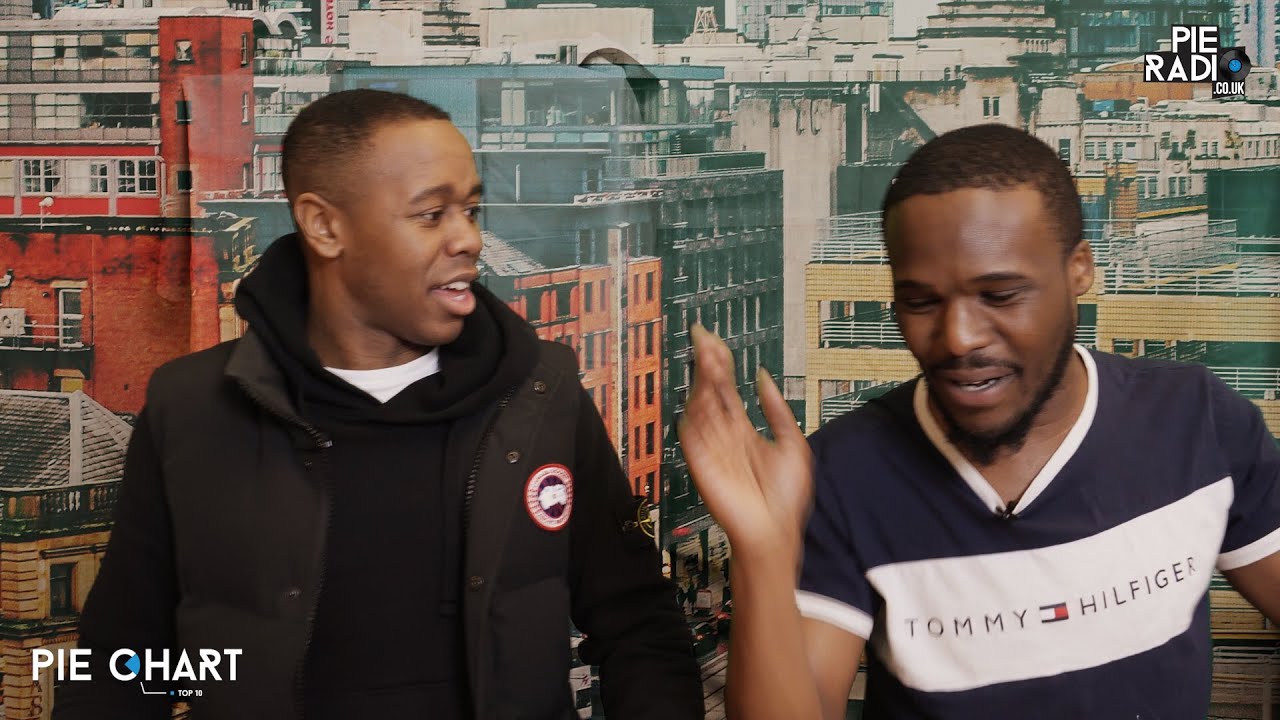