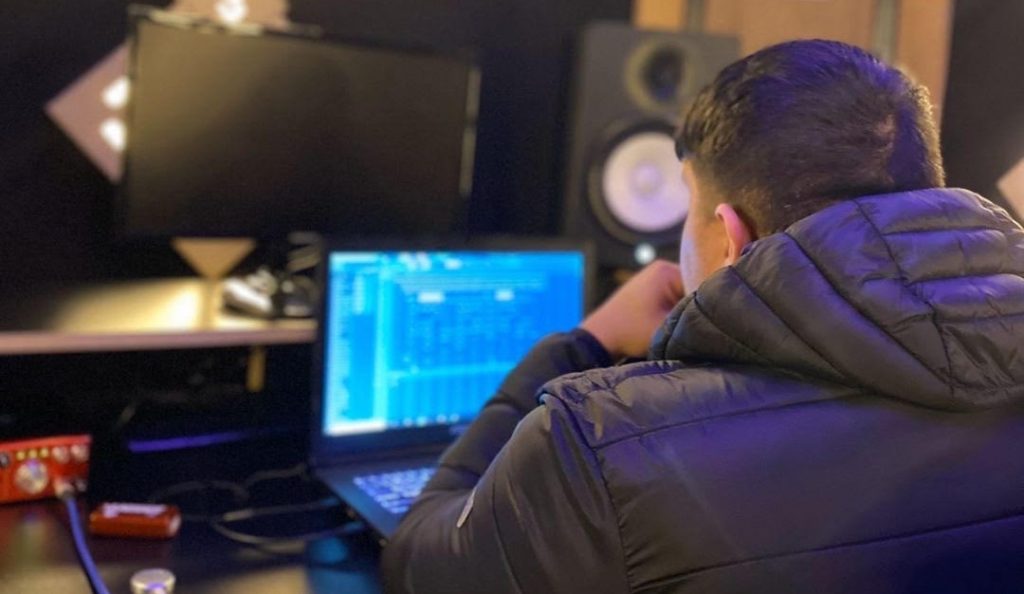 Best known for providing the thriving urban scene of the 0161 with gripping ‘hood beats’, the 21-year-old is well on route to becoming one of the North’s most prominent producers.

With over five years experience under his belt, Legendary Keyzz is responsible for tracks that have gained massive success like: K dons ‘Hit A Lick’ and Tunde’s ‘Runtzchester’ – The Manchester native is unbound by oceans as he takes his sound across the Atlantic to work with some of the hottest names of US Hip-Hop including Rich the kid, Soulja Boy, Famous Dex, Smoke purpp and Jay Critch.

His bass heavy, Detroit influenced, Shoreline Mafia esque sound translates between both scenes and has at times seen the UK and US unite, a connection that’s integral to the international growth and exposure of our music scene.

Pie Radio catch’s up with the producer in an exclusive interview, where he touches on his sound and some exciting upcoming collabs!

To start off, give us an introduction to who Legendary Keyzz is?

Legendary keyzz is a producer from Manchester, who has produced songs for Tunde, Zeeno, K don, Roddy Ricch, Fivio Foreign, Rich the kid, Jay Critch and many more.

How early into your career did you come up with the name ‘Legendary Keyzz’ – what does that name mean to you? Did you know from the start that you’d be successful?

When I started one of my best mates helped me to come with the name and its ever since. When I started, I just made beats every night, all day, but I didn’t know I would be successful.

Describe your sound in three words?

Not really all I did was stay consistently producing beats, whilst networking with artists to build up my brand.

Do you see yourself stepping out of Rap to explore to different genres?

In a previous interview, you discussed helping a lot of upcoming producers start their career – Do you feel like as a producer you need to be talented from the offset or do you think consistency will have the same outcome?

I’ve helped a lot of producers get their first industry placements and more. I think it’s more who you are connected with it, as well as your drive.

How do you go about maintaining relationships with high profile artists?

I knew a lot of the artists I’ve worked with before they had a big name.

There have been a lot of discussions in regards to producer credits and the unfair treatment of producers – What advice would you give anyone starting out to ensure that they are treated fairly with in the industry?

Just make sure you know the music business and that you are straight up with these artists. Let them know your prices and your percentages before they even record the song.

How did collaborating with Fivio Foreign and Roddy Ricch come about?

I’ve got a lot of songs with Fivio – I actually knew Fivio before he came into the game. We have a lot of unrelease tracks, we recently dropped a collab on my YouTube channel. With Roddy Ricch, I just sent over some beats to him. The song is coming out soon.

So, we hear you’ll be producing a new track for Packman featuring Tunde for an upcoming project – What can we expect from that?

Yes, that’s going to be on Pakmans mixtape coming up it should be good though

What can we expect from Legendary Keyzz this year?

I’ve got a lot coming but I like to let my work speak for its self.