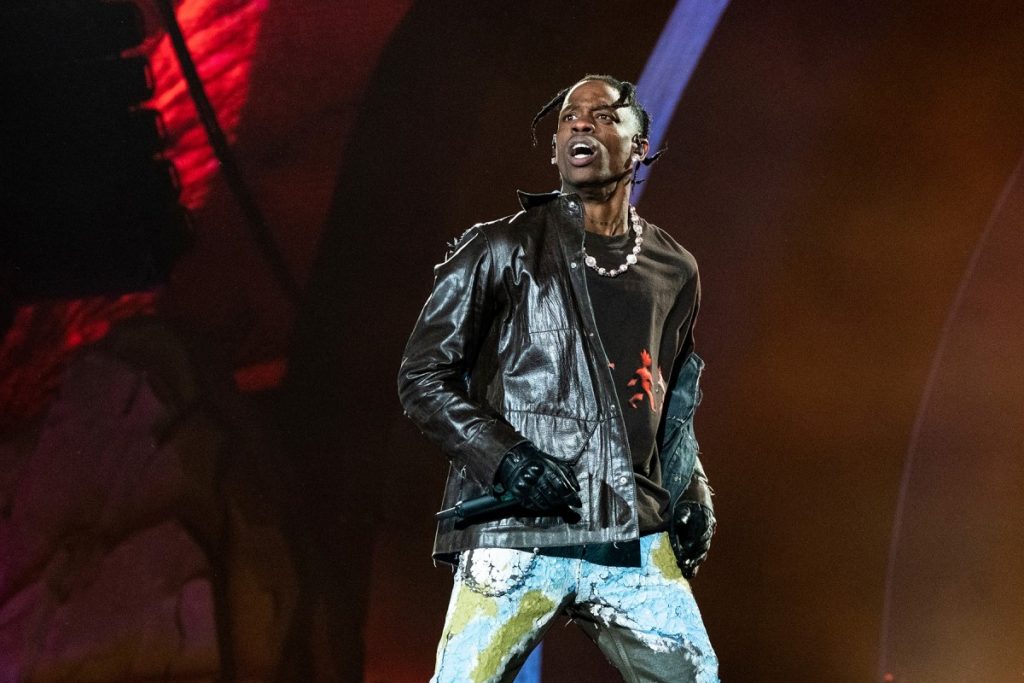 Travis Scott, the thirty-year-old Houston rapper, has performed for the first time since the Astroworld Festival tragedy.

On 5th November 2021 in Houston there was a crowd crush at the rapper’s festival. The result was the death of ten people and an estimated further three hundred people were injured. The cause of death was ruled by a medical examiner as ‘compression asphyxia’. This occurs when external pressure is placed on a person’s chest which prevents normal breathing.

The rapper, who has four number one songs on The Billboard Hot 100, returned to performing with a short set. Scott delivered his performance at a private pre-Oscars party in Bel Air, California on Saturday evening (26th March).

In attendance for the party was also apparently a number of high profile celebrities. Rumoured to be there was Leonardo DiCaprio, Venus and Serena Williams, Tobey Maguire and also Kaia Gerber.

Scott’s performance was a combination of rapping and DJ’ing. You can watch footage filmed of him playing his first number one on the Hot 100; his 2018 single ‘Sicko Mode’ below.

There has been much speculation among his audience if Scott was planning on playing live shows again this year. There have been rumours that Scott will play Rolling Loud festival in Miami this July. He has previously performed at eight editions of the festival since 2017.

The Texan rapper is currently still facing hundreds of lawsuits from families of victims. They are seeking damages from both Scott and also Live Nation; the festival’s promoters. Scott gave his first public interview about the Astroworld tragedy in December last year. Watch the interview here to see Scott’s response.

Many of the families of victims have claimed Scott is avoiding taking responsibility. Some families have rejected his offer to cover funeral expenses.