Medy Lema: “I prefer the streets because nobody expects anything”

Manchester is a city that stands out for its extensive artistic and musical culture. Its streets, full of magic, are frequented by artists from different fields who use the city as a showcase to express themselves and share their art.

Medy Lema is one of them, and thanks to street music, he has managed to consolidate his fan base. Although his musical career is marked by milestones such as his participation in The X Factor, Medy Lema moves like a fish in the ocean through the centre of Manchester.

We spoke with him about his new album Uncensored, his musical career and the current panorama of the industry.

When did you start with your music journey? And why?

I started doing music on a serious level at age 14 whilst in school. It was my first year in the UK, and I saw this as an opportunity to take towards success, as a lot of great artists come from this country.

You are originally from Belgium. How important is it for a foreign artist to internalise the cultural values ​​from other countries when trying to reach their audience? How hard was this for you?

I don’t think an artist should ever compromise their culture for others. That’s why we are called artists – because the art you portray should be genuine and from truth, as well as imagination. However, it was hard for me in the beginning, because I didn’t know my identity as an artist until the making of my current album. So I wish I knew earlier.

You participated in The X Factor. What advantages and disadvantages do you think these talent shows can offer to artists?

The advantages are that you get great exposure from the show, you get to meet celebrities and make some sort of impression that will get them to remember you, you meet new people (possibly the next big star), and you learn how the entertainment industry works.

The disadvantages are the fact that the entertainment industry is scripted (which is not necessarily a completely bad thing). You’re told to say, do and wear certain things. For example, there’s 3 stages before you audition for the star judges, but it takes nearly up to 3 months to get there. So, I was constantly told to sing ‘Say You’ll Be There’ by Spice Girls in all the stages, because it made great for television. So it doesn’t feel very authentic.

When did you start busking?

I started busking back in 2013 with an old friend, and then again around 2018 with a different friend. Then I made enough money to buy my own equipment and start busking on my own that same year.

Do you prefer a conventional concert in a music venue or are the streets your best place to perform? Which differences do you find between both atmospheres?

I personally prefer the streets because nobody expects anything of me. There’s no pressure.

How are you managing your career during this pandemic? What are your new challenges and goals?

Times have surely been hard for all creatives in these trying times, but I’ve been blessed enough to keep busking in which it has been my saving grace. Also, saving up your money works wonders if you ask me.

How do you think globalisation and developing technologies are affecting the current music scene?

One of the major key lessons I’ve learned over the years is that artists should keep adapting to change.

Remember back in 2000, there was a lot of struggle for the music industry because MP3 and Napster came along, so a lot of people lost money. However, those who adapted early on saved themselves the trouble.

Which platforms would you recommend as the best for musicians and artists?

YouTube, TikTok and Instagram seem to be the most reliable sources of exposure and income. Despite the exhausted algorithm.

What do you think about the current Manchester music scene?

It could easily have a rivalry against London. We have enough artists here with dope and mind-blowing music.

Your new album Uncensored was released a few months ago. How has the release process been during this pandemic situation? What are your promo plans and expectations for this year?

Well, it’s been a bumpy road, since everything I was supposed to do to help the sales of the album got put on a major halt due to the lockdown. But it’s also interesting because it helped me write a song about the situation and I’ve now got a possible hit on my hands.

Anyway, my first single ‘Say To Me’ received more than 12K plays on Spotify and over 10K views on YouTube for its music video, so I’m proud of that.

My next single ‘Go (Let Me Live)’ also got surprising plays on Spotify as well. I’m definitely baffled about that because I haven’t promoted that song at all.

I’m hoping the next two singles from the album do just as well as those that I’ve already released.

I’m currently promoting and planning a music video for both ‘Hold On Me’ & ‘Strawberry’, which happens to be a fan favourite.

What were your references for this project?

I don’t really have that many references when it comes to creating projects. It’s all based on how I feel at that time.

For this album, I wanted to bring out the true R&B side of me I never got to show properly. You definitely hear it in my songs ‘Strawberry’ & ‘Yo 2020’.

Uncensored is full of interesting collabs with artists from all over the world. How did these collaborations contribute to your project? What would you say are the advantages of these cultural synergies?

There’s four collaborations on this album.  I originally intended to work with more well-known Manchester names such as IAMDDB, July 7 or even Just Banco, but I didn’t want to ride the co-tails of their popularity, so I made the decision to make it on my own accords.

I brought in more underground artists from different backgrounds and styles, even countries. Beije is on the Intro, he’s part of a collective called Motto Estate. Then we have Marcus Levi on ‘Go (Let Me Live)‘ adding the reggae vibes. And lastly, we got Spain in the house with my girl Femme Fatene who’s also accompanied by French legend French Pharaoh on the song ‘Hold On Me‘.

Any advice for new upcoming artists?

I’ve been in this business for 12 years now, and I’ve learned never to sell yourself short, always know your business, and definitely watch out for the sharks and vampires of the industry. Know what you’re in for. This industry isn’t for everybody and that’s facts.

You can listen to Uncensored below. 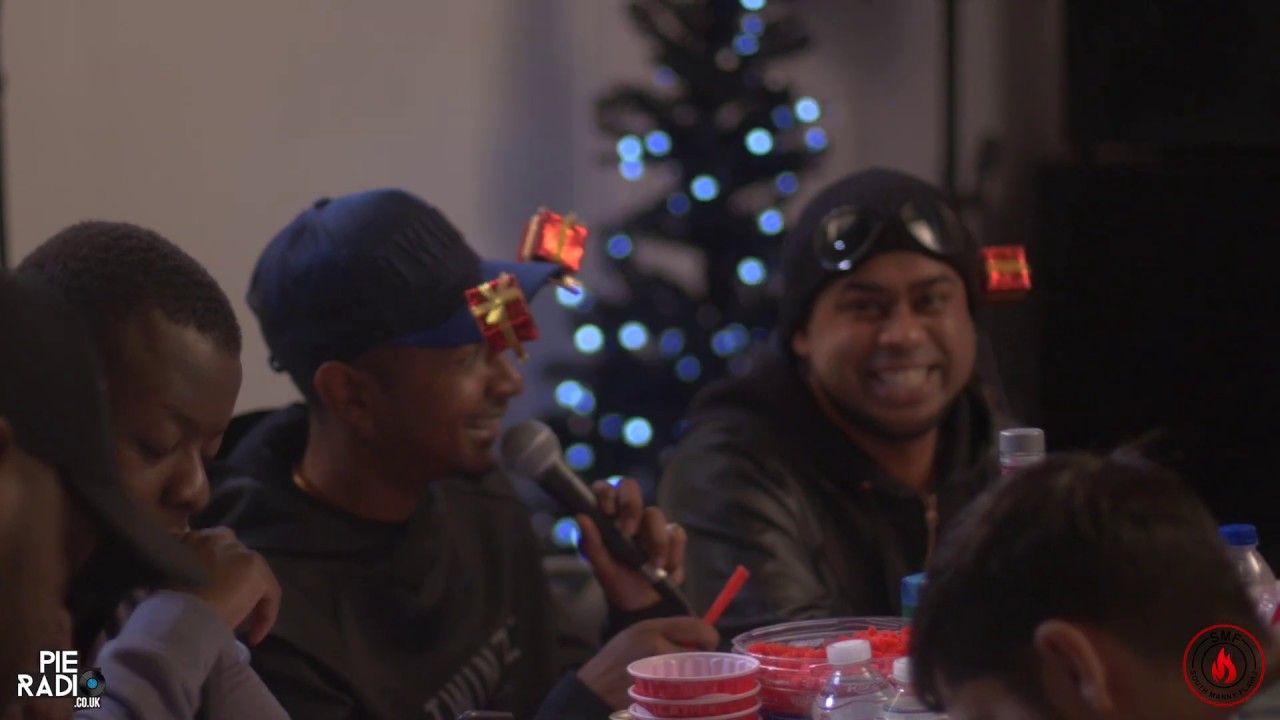 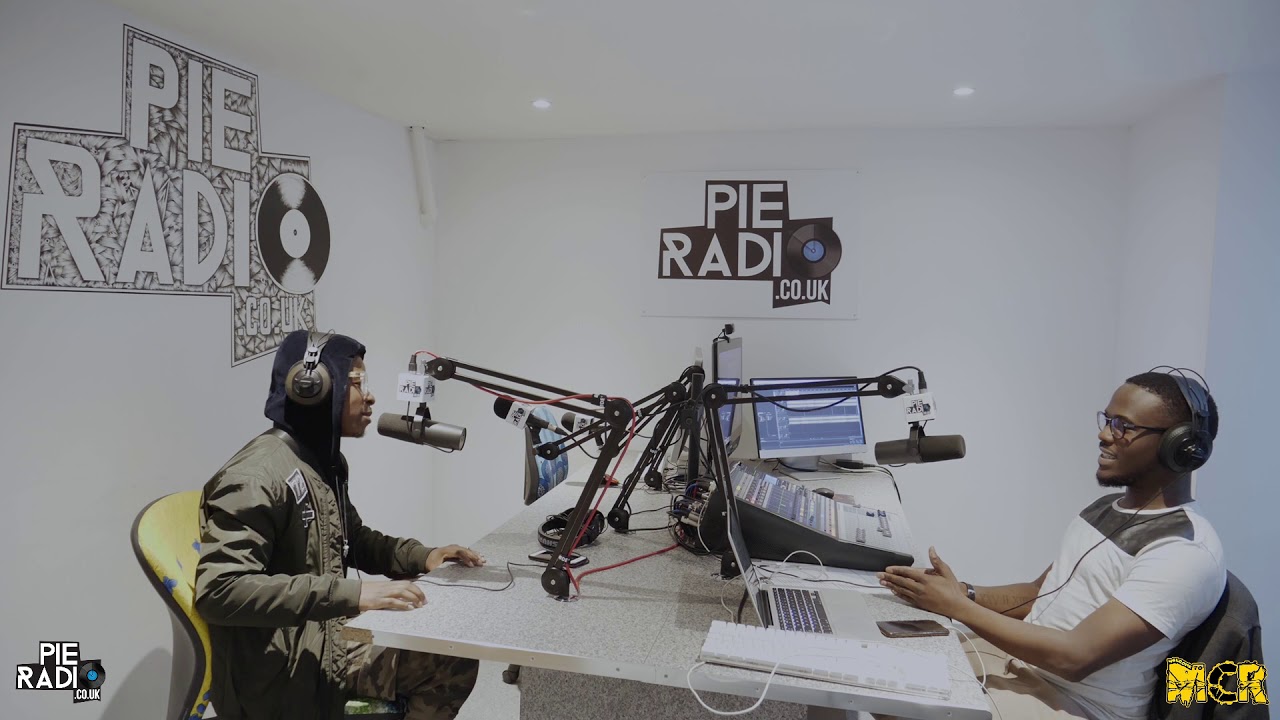