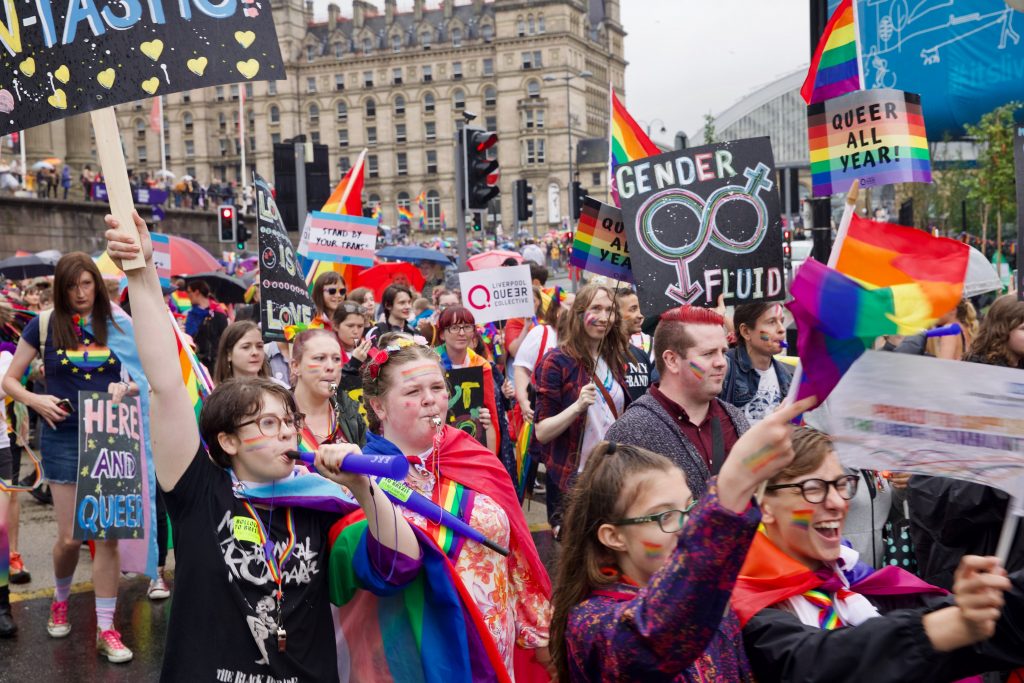 The LCR Pride Foundation has announced the cancellation of Pride in Liverpool and the annual March with Pride for 2021.

The LGBTQ+ celebratory event was due to take place on Saturday July 31, but the decision to cancel came after the charity investigated all possible options but could not deem any safe enough.

We're sad announce that our festival and march can't take place in person this year.

Safety is our #1 priority and with ever-changing guidance we're unable to return in 2021.

“Of course, we know not everyone wants to go straight back to normal life again so some people were thinking they wouldn’t have been comfortable anyway, although it’s a really rubbish situation it’s given us the reassurance that it was the right decision.”

Although restrictions are planned to be lifted by June 21st, the charity feel there is still a lot of uncertainty about what will be required of mass events.

Pride festivals are still taking place in other UK cities including Manchester, where a whole weekend has been planned for Pride, beginning 27-30 August, and Birmingham, whose usual Pride festival has been moved from May to September.

This has raised many questions as to why Liverpool’s Pride has been cancelled, but Andi Herring said: “People are going to jump to the nearby ticketed events, but our event is a non-ticketed event, we want everyone to take part, but we can’t offer the same structure and restrictions that they can.

“We looked at every possibility, but when you get to that point it just becomes really unpredictable and it throws your plan out again. But the good thing about this is we’ve been through every option for next year already so we’re kind of already ahead of ourselves.”

Lewis Collins, Chair of the LCR Pride Foundation Board of Directors, said: “The health, safety and wellbeing of all involved with and attending the event is absolutely paramount. The ongoing uncertainty around COVID-19 restrictions and the limitations we face in terms of implementing COVID-19 security measures at a free-to-access event attracting 50,000 people, has made it clear that we will not be able to deliver Pride in Liverpool or March with Pride safely and effectively in 2021.”

The organisation is a charity, and as a charity they rely on donations to continue supporting the lives of the LGBTQ+ community. The annual Pride event is one big part of the charities work but as a free event it has limitations compared to those events that are ticketed and can manage numbers.

Every year Pride Liverpool announces the annual theme for the March, this year will be no different. Although the March will not be taking place as an in-person event, Pride Liverpool will still be celebrated online.

Andi Herring said: “We will be launching our digital events programme on the 5th of April. It’ll be very similar to last year in terms of our March and it’ll be really active we want people to realise again, it’s all well and good to have a really big celebration but actually the reason why we do it is a lot more than that.”

The news of Liverpool Pride’s cancellation comes the same week that it’s been announced the city will be the first to reopen clubs in April, as part of a Government-sanctioned pilot COVID scheme.

What do you think about Pride Liverpool being cancelled? Let us know @PieRadioUK.