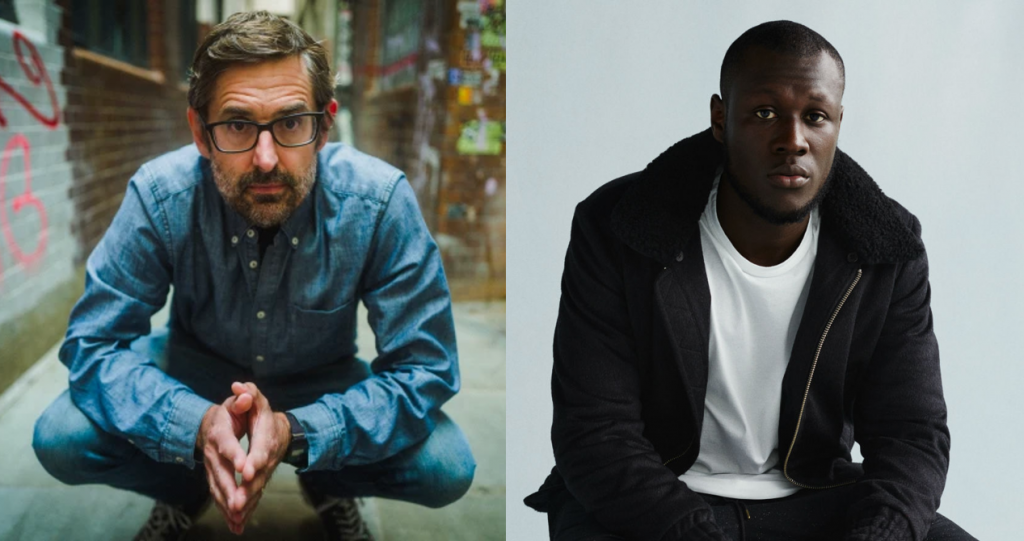 BAFTA award-winning filmmaker Louis Theroux is set to release a new BBC interview series. Each episode of the series is set to see Theroux providing viewers with insight into popular figures within entertainment.

Speaking on the upcoming series, Theroux said “I’m so excited to be embarking on this new series – something very different to the kind of TV I normally make. This will be a chance to meet and spend time with people I admire, getting to know them, having long form and revealing conversations, with honesty, emotion, and humour. To be kicking off with the genius that is Stormzy is proper pinch-me stuff. I can’t wait to get going.”

The first of six episodes is set to feature London grime MC Stormzy, which Theroux joins both on tour and at home. Theroux was spotted at Stormzy’s gig at The OVO Hydro in Glasgow last night (4th April). See him in the crowd enjoying ‘Vossi Bop’ here!

‘Vossi Bop’ was released by Stormzy as the lead single from his second studio album ‘Heavy Is The Head’ in 2019. It went on to become his first number-one single. The track also achieved an impressive 12.7 million streams in its debut week on sale. Check out the music video which features Stormzy rapping on Westminster Bridge and outside the Bank of England.

The interview series will be available on BBC Two and BBC iPlayer, although a release date is yet to be announced.

Stay up to date with Stormzy’s releases and performances through his website.